Last month when TMNT #44 hit newsstands, hype exploded that Donatello (the purple wearing, smartest of the bunch) was going to die!!

Obviously to those in the comic book world, Donnie wouldn’t stay dead or really for sure maybe even ever have been dead. Close to death, sure. For a fictional character anyways.

I kept seeing people posting the books for sale for $100s of dollars… And people were buying. All my local sources sold out the morning the book hit. I had my copies of each boom, but no extras.

Every time someone posted in any and all groups that Don was dead, I came back with no, #donsnotdead and showed some reference pages that had been released of the FCBD (this weekend!!) issue showing, just that. #donsnotdead

So, with a few friends from the interwebs, we talked about doing some pictures of Donnie alive and well (so to speak) and take pictures of an action figure Don at various places!

I started by digging out a BUNCH of Donatello’s!! And wrote a haphazard sign… Then started a group on FB for #donsnotdead (look it up… Lol).

Then Bangor Comic & Toy Con happened and I had Donnie with me. Sure, it probably looked really weird, but the artists thought it was cool or at least didn’t tell me otherwise!! Thanks guys!! 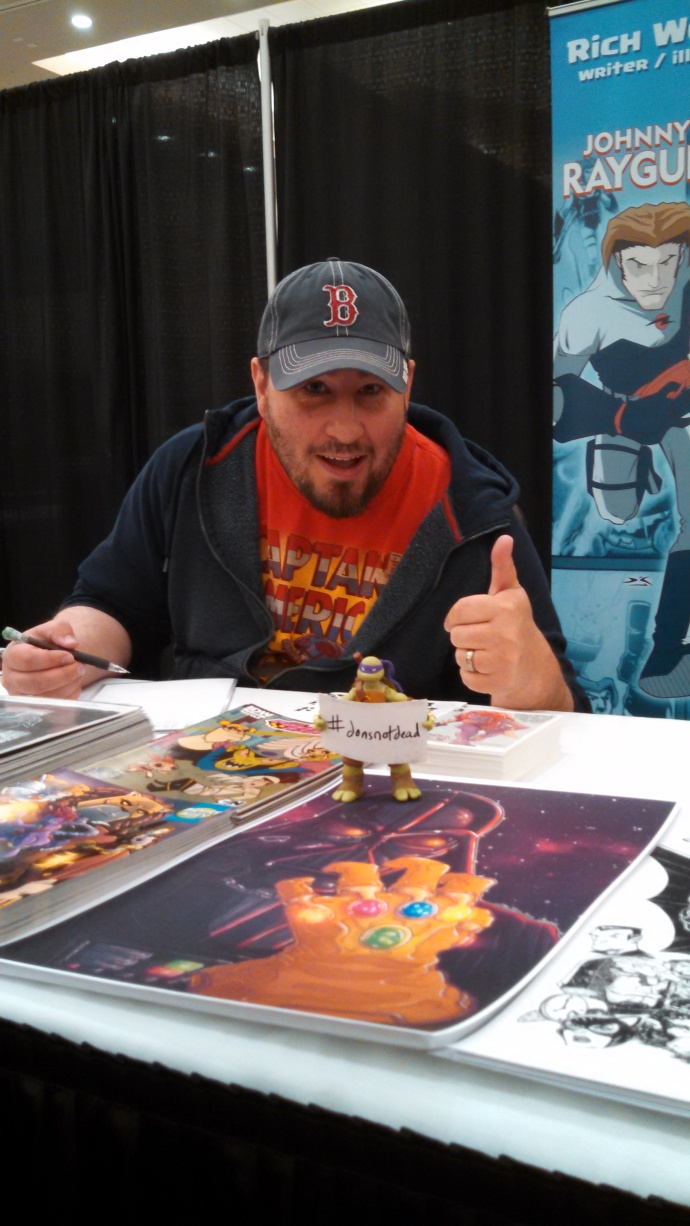 A friends Donnie mug? Or whatever. Haha 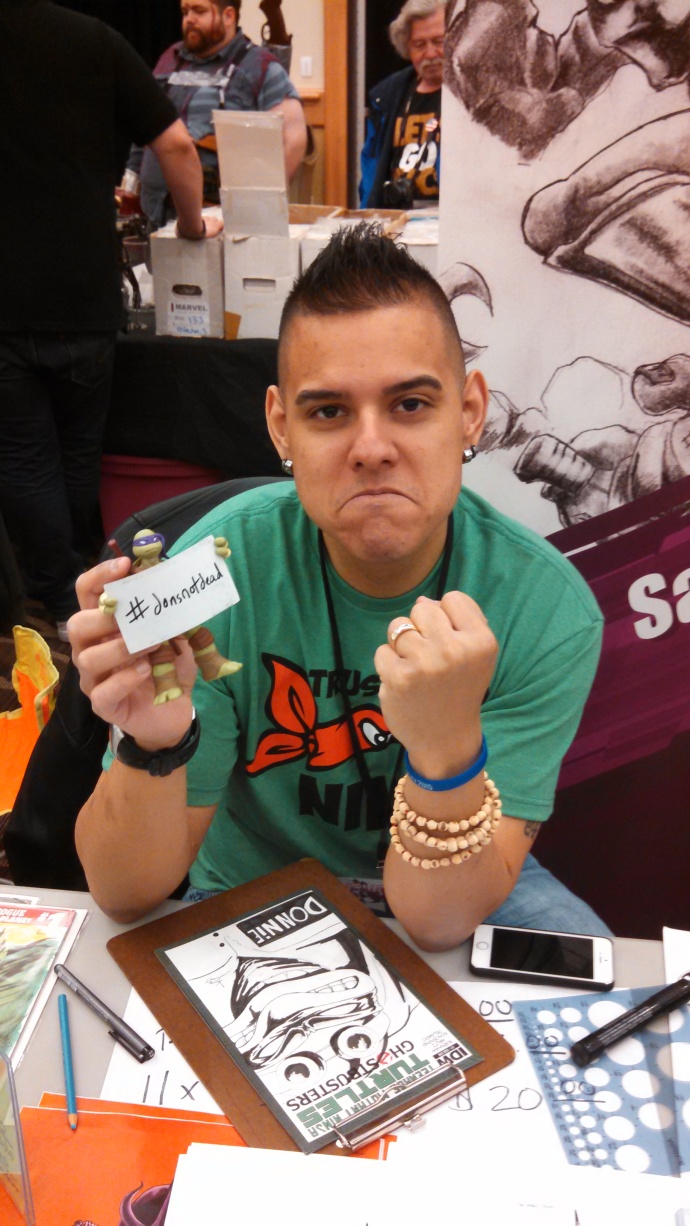 My friend Sal Otero, sad that his favorite was brutalized by Bebop & Rocksteady!!

And Ben Bishop sketching while Don hangs out at his table!

Yesterday the next issue of TMNT came out… And the final fate of Donatello is revealed!! Issue 45 should still be available at your nearest comic shop!! 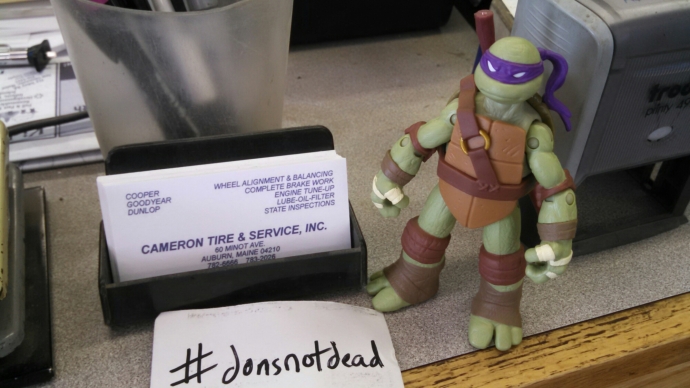 And I was out and about today, just for a vehicle inspection and Don was watching the counter for them… 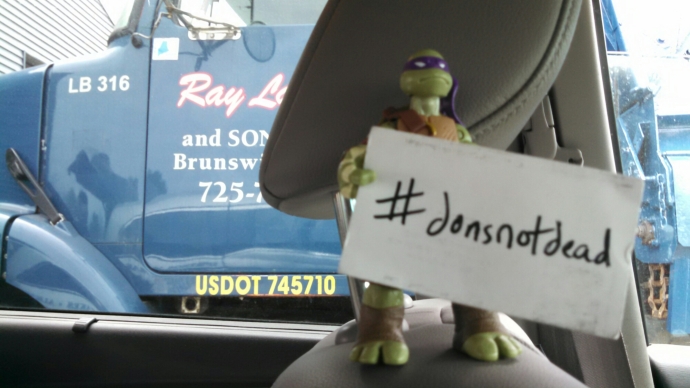 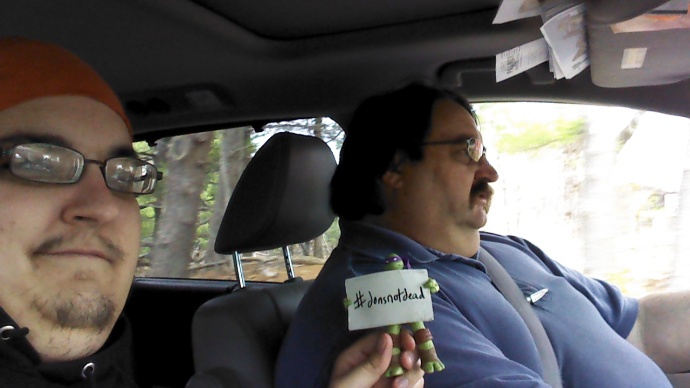 Lunch at Danny’s Dogs next to the park!!

Quick stop at the Dodge Dealer in town… 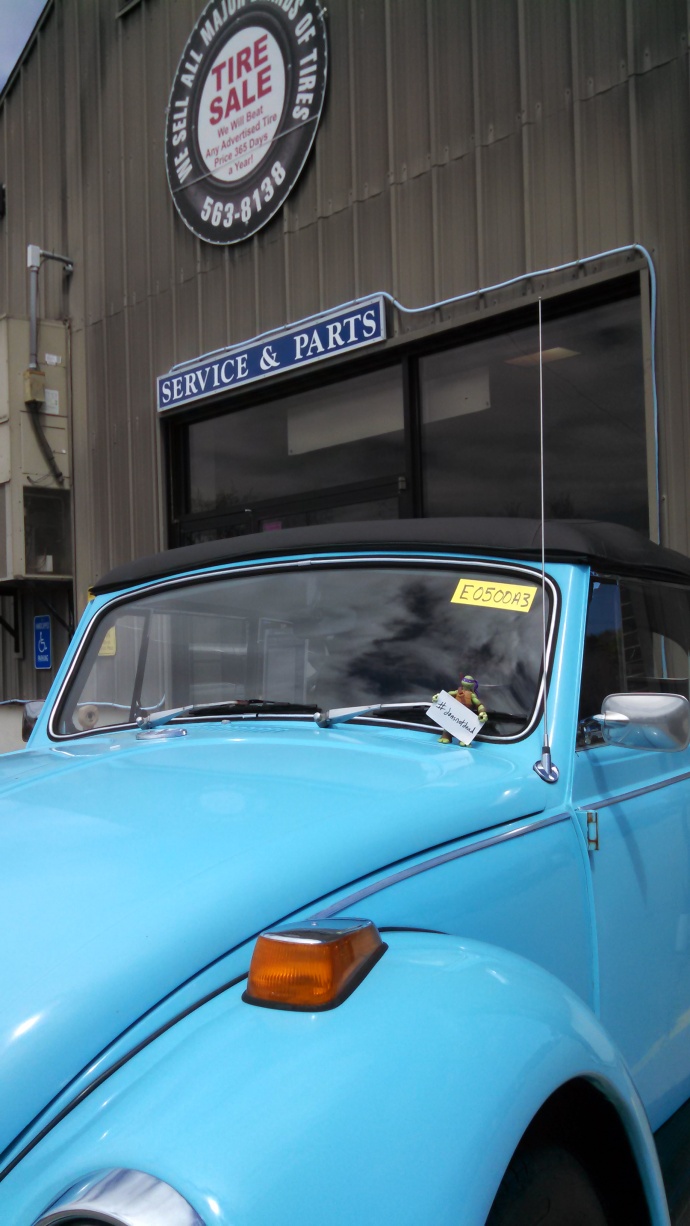 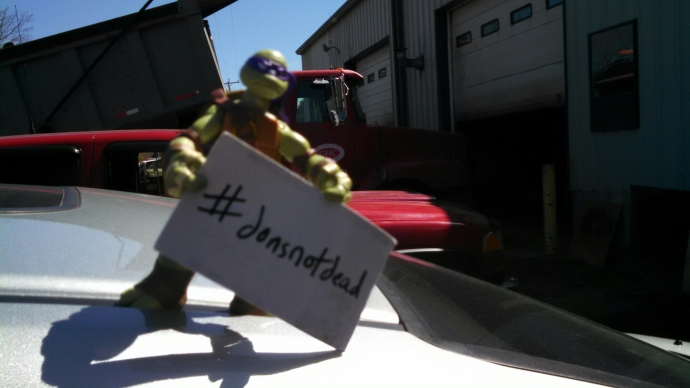 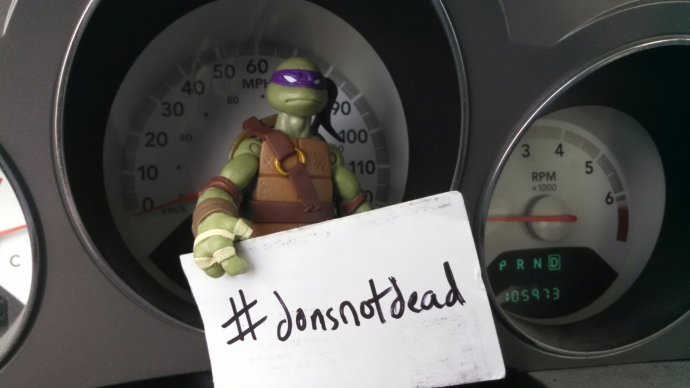 That’s all for today! #donsnotdead 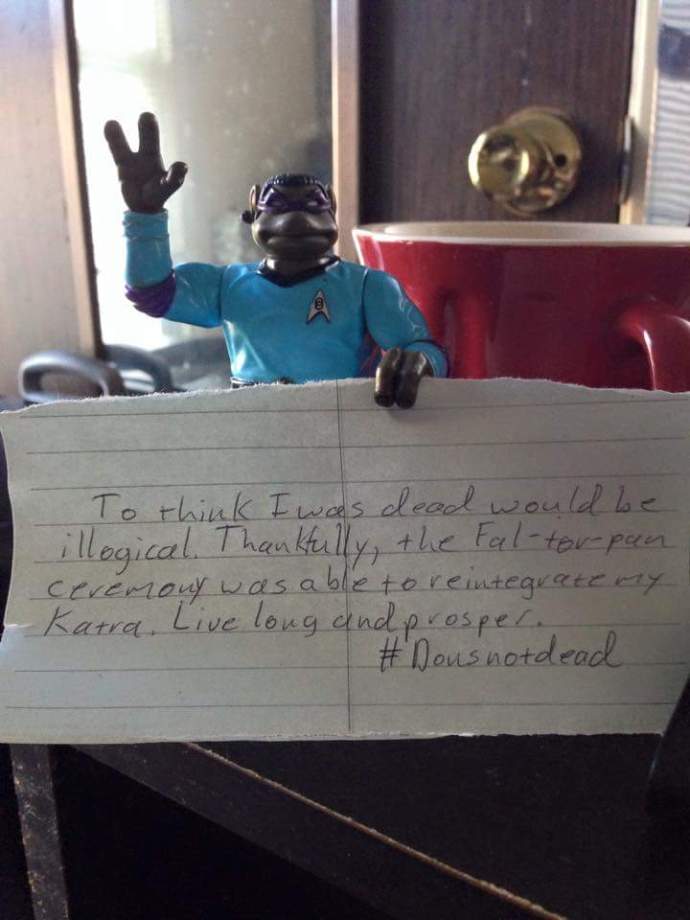 Allen is a bit of a TMNTrekkie so he had to go this route. LLAP 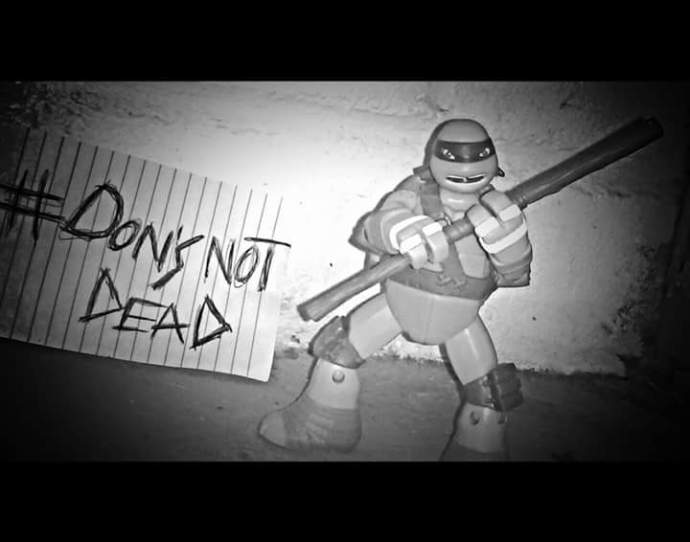 Stephen used the mix’n’match Donnie for his shot. He also told me he has a few more pictures too.

THE MOST COMPLETE and professionally cataloged collection of Teenage Mutant Ninja Turtles comics and memorabilia.

about pages with words and sometimes pictures

The Ekklesia in Southern Maine